After an extensive and lengthy search led by Sterling Martin & Associates, the Delta Chi Fraternity Board of Regents proudly announced the selection of Jerod Breit, Central Missouri ’04, as the Fraternity’s 10th Executive Director and CEO in the fall of 2018.

“I am honored and humbled for the opportunity to continue a life in service to others,” Breit said. “I am ecstatic to have the opportunity to serve during the next chapter of our historic chronicle that is our beloved Fraternity.”

Breit attended the University of Central Missouri in Warrensburg, Missouri, graduating with a Bachelor of Science degree in Criminal Justice and Business Management. He was initiated into Delta Chi on November 10, 2000.

“The day a small contingent of Central Missouri chapter brothers knocked on my door, unannounced, and with inviting open arms, I knew then, regardless of nerves or shyness, I was going to have a home away from home.”

Upon graduation, Breit worked in business management, sales and marketing for Applebee’s International, SYSCO Foods, and the Ritz-Carlton Hotel Company.

“I have worked with some great teams, but the Delta Chi Staff takes the gold and I’m grateful for their dedication and devotion to the betterment of our brotherhood.”

Breit began his service to his community, joining the St. Louis Metropolitan Police Department in 2007.

“My time with the St. Louis Police Department allowed me to serve the community in which I lived by helping those in need when they needed it the most.”

Breit served in a variety of assignments and was one of the Department’s most highly-decorated Officers. He was appointed to the Intelligence Division as a Detective in the Office of the Chief of Police in 2013. Shortly thereafter he joined the Mayor’s Protection Detail.

“As a Patrol Officer, I was assigned a partner and it didn’t take long for us both to realize we were not only partners on the streets of one of the most dangerous cities in the country, but brothers in the bond of a lifetime.  Brother Joe Morrell, Kansas City ’05, was not only a brother in the blue, but my lifelong brother in the bond”

“We must all focus more on the things that put our brothers and chapters at risk and in order to do this, now more than ever, we need men who will stand up against that which we know to be wrong and dangerous.”

The Delta Chi Executive Committee appointed Breit as the Interim Executive Director in August 2018 and he swiftly began moving forward, promoting Delta Chi’s Strategic Initiatives aimed at growing the Fraternity while creating stronger ties with the alumni base of almost 100,000 living brothers.

“The selection committee had a number of very qualified applicants,” Aaron Otto, Kansas State ’98, and Delta Chi International President said.  “Jerod’s strategic vision, operational experience, dedication to our Fraternity’s values and passion for service made him the hands-down choice to guide Delta Chi at this critical moment in our history.”

Outside of his career, Breit is deeply devoted to the American Legion Boys State of Missouri, a government and leadership program for the youth of Missouri. This “Democracy in Action” experience promotes citizenship, service, and the support of our nation’s veterans and tomorrows leaders. Breit attributes his membership in Delta Chi and service to Missouri Boys State as the two things that have helped shape him as the person he is today.

“Civic engagement is key to a healthy community and as a brotherhood, we can do more for those communities in which we live,” Breit added.  “The opportunity to impact others is one worth taking.”

This is an exciting time for Delta Chi. The Fraternity is in the middle of implementing a five-year strategic plan aimed at cultivating a lifelong, values- based fraternal experience while focusing on alumni engagement, education, growth, and civic responsibility. As part of this process, Delta Chi recently announced plans to move its international headquarters to Indianapolis, Indiana.

“Relocating our International Headquarters to Indianapolis is very exciting and comes with many benefits, but we will always remember 314 Church St. as a place where so many devoted time and effort into making Delta Chi what it is today and we look forward to writing a new chapter in our story which will be told for many years to come.”

What do you enjoy doing when you’re not working?

Civic engagement is key to a healthy community and as a brotherhood, we can do more for those communities in which we live. The opportunity to impact others is one worth taking. I’m deeply devoted to the American Legion Boys State of Missouri, a government and leadership program for the youth of Missouri. This “Democracy in Action” experience promotes citizenship, service, and the support of our nation’s veterans and tomorrow’s leaders. 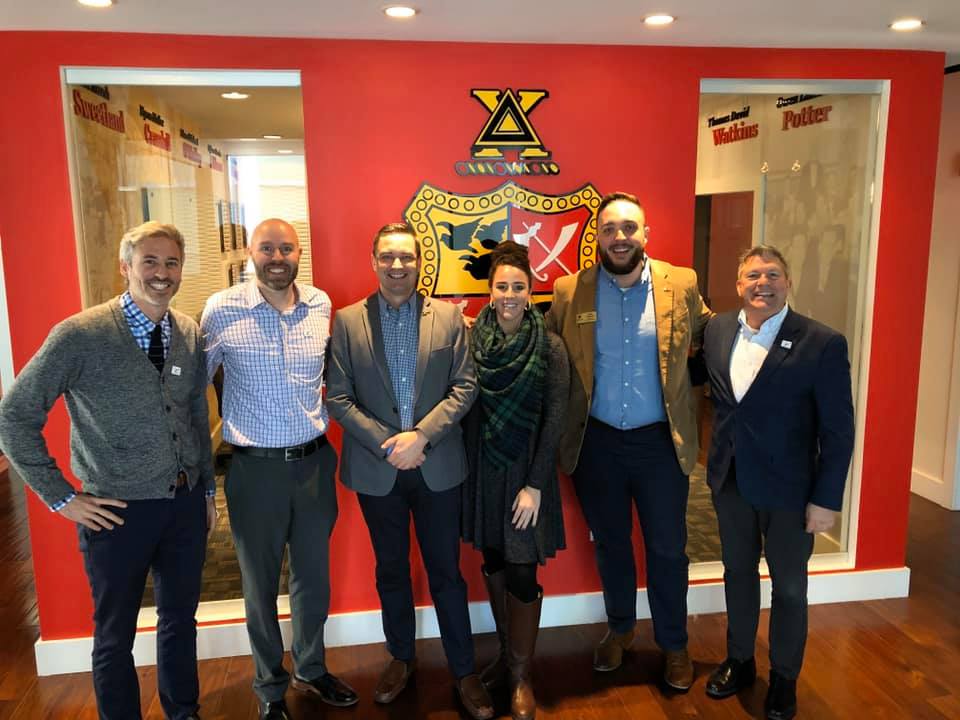 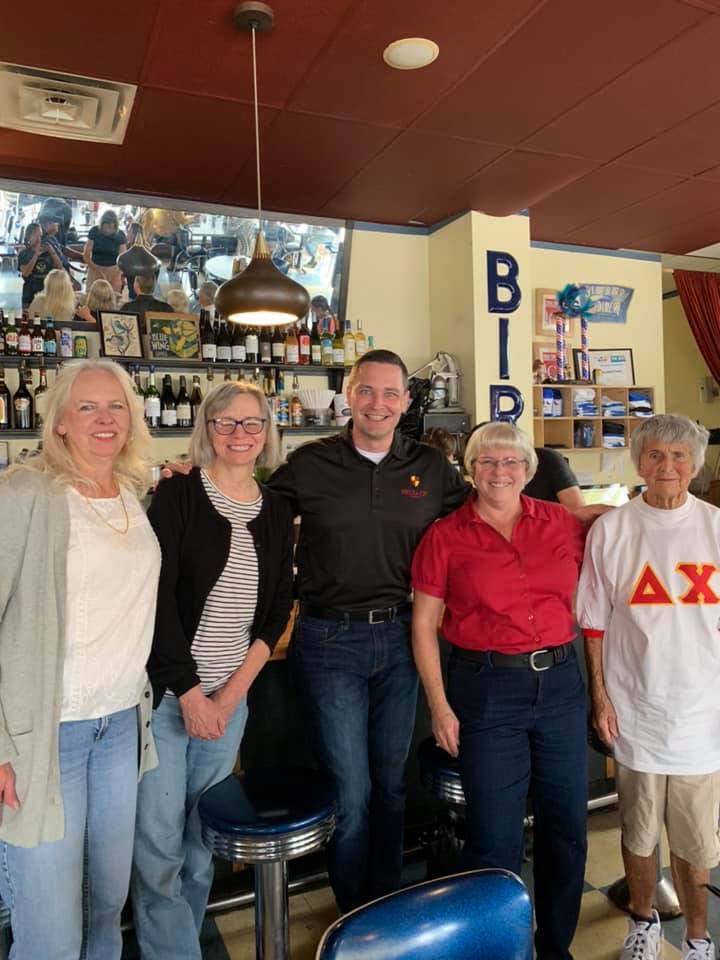 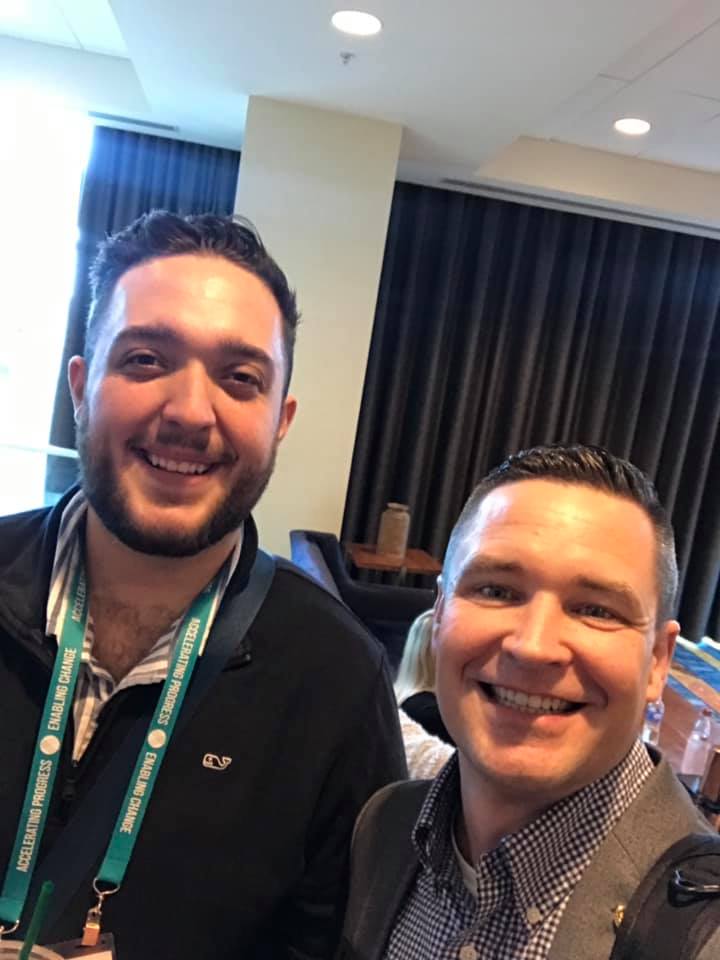